CATSKILL’S CATS will be featured on a future episode of the cable network show “Animal Planet.” Linda Overbaugh, director of the Heart of Catskill Association and organizer during the past three summers of that village’s wondrous fiberglass felines, has been contacted by the show’s producer with a view to an on-location shoot, perhaps in July in conjunction with the artists’ picnic at Dutchman’s Landing. See http://animal.discovery.com/tv/tv-shows.html especially “Cats 101.”

VOLUNTEERS WANTED. Cornell Cooperative Extension, the source agricultural expertise here, invites prospective volunteers to front up. Recruits can take part in the 4-H (youth farming) program, can be assistants in educational programs, in greenhouse maintenance, and on trail maintenance, and can be prospective members of the governing board. Center of operations is the Agroforestry Resource Centrer on Route 23 in Acra. 518 622 9820 x21. www.agroforestrycenter.org

SCHOOL BUDGETS in GreeneLand have occasioned more stress than usual this year. The various governing boards have been compelled to make cuts in expenditures—in programs, in staffing—to offset reductions in State aid and in the expectations that voters will not tolerate more than minor increases in local school taxes. The situation has produced extraordinary turnout at school board meetings, extraordinary clashes among board members, and growth in numbers of candidates for school board seats. In the Catskill school district, Wednesday night’s meeting was marked by huge public attendance, by extraordinary length, by a long, grueling retreat into executive session, and by postponement of the trustees’ decision on what plan of expenditures shall be presented to the voters at the May 18th election. On Thursday night, the trustees took up the task again, punctuated their public hearing with another contentious (=closed-door) session, and finally framed a budget that, by a vote of 6 to 2, will be submitted to the district’s voters. That budget calls for spending as $36.7 million during 2010-11 ($271,000 less than in 2009-10), while cutting administrative and teaching positions and raising the local tax levy slightly (to offset big cuts in State aid). The number of jobs to be eliminated, especially on the teaching side, would depend partly on the number of current teachers and staff members who in the next two weeks decide to take advantage of special State incentives to retire. --------The voters’ decision on that budget will coincide with their collective decision on candidates for seats on the district’s governing board. They will choose between ten candidates for four seats. Included in the roster of candidates and three incumbents (Michael Bulich; Randall Griffin, board president; Lisa Warner), one former trustee (Carol Schilansky), and six newcomers (Carthette Burnett of Main Street, Catskill; Francesca Daisernia of Leeds; Ronald Frascello of Gary Lane, Palenville; Matthew Leitman of Pleasant Drive, Catskill; Tracy Powell of Bogart Road, Palenville; and Christopher VanLoan of Rams Horn Drive, Catskill). A likely result of the election (and preceding events), we hear,. is change of the board leadership. THIS EVENING in GreeneLand could be celebrated, or spent, by sampling beer (with barbecue) at Hunter Mountain. The occasion is the TAP-NY festival, in which some 37 micro-brewers compete for the favor of judges and visitors. (Consumption devoutly to be wished?. http://tap-ny.com). Elsewhere, at least three art shows will open. They include a “Where We Live” display of works by Greenville’s Barbara Walter, at the Broderick Fine Art Gallery in Ruby’s Hotel, Freehold, from 5pm; a “Just Hatched” display of members’ works, at the Athens Cultural Center (http://athensculturalcenter.org ); and a re-opening, after two idle years, of the superbly appointed BRIK gallery in Catskill, featuring sculptures and paintings by David Paulson, including this one: 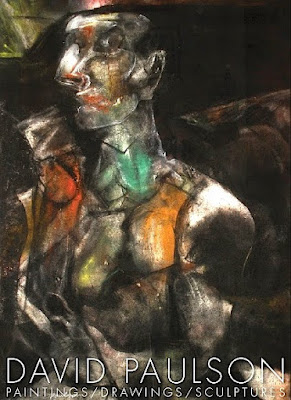 DOUBLY IMPAIRED? “On April 9, 2010, the Cairo Police Department charged Frank A. Sciancalepore Jr., 20, of Cairo, with operating a motor vehicle while impaired by drugs and several other traffic tickets….” (Daily Mail, 4/21/10)