WRONG MOVE?  Back in 2005, when Fr. John J. Murphy was obliged to retire as pastor of St Patrick’s Church in Catskill, at age 76, after 34 years, the parish experienced some turmoil. A satisfactory, durable successor to Fr Murphy proved to be unobtainable. Archbishop Howard Hubbard assigned administrative duties to a nun, Sr Mary Mazza, who already was managing St Patrick's church business in Athens.  Then a collapsed ceiling made the Catskill church unsafe for services, which were conducted thereafter in a basement chapel.  These developments troubled some parishioners, who responded by joining other churches.  Among those new affiliations was  Sacred Heart  in Cairo.  There the departed Catskillians came under the priestly supervision of Jeremiah Nunan.

That prelate, after graduating from a seminary in his native Ireland, had joined the Albany diocese in 1963.  He had served at St Henry’s church in Averill Park, at St Mary’s in Little Falls, at Assumption perish in Lathan, at St Mary’s in Hudson, and as chaplain for the Columbia Memorial Hospital’s school of nursing, before being transferred by Archbishop Hubbard to the Cairo parish (and to Our Lady of Knock mission in East Durham) in 2007.  His arrival there came in the aftermath of what appeared to be a scandal.
In 2006 a California-based priest, Mark Jaufmann, went public with street demonstrations claiming that, while he was an altar boy at St Mary’s, and later as well, he had been abused sexually by Fr Nunan.  Jaufmann’s accusations prompted an official church investigation, during which Nunan was placed on administrative leave (no officiating at a Mass or other sacrament; no presenting self as a priest).  The review board reported in January 2007 that it could not find reasonable support for the accusation.  Fr Nunan was restored to pastoral duty and transferred to the Cairo/Durham posts.   (Fr Jaufmann died in March 2008).
Last month (on 4/14) the diocese announced that Fr Nunan had been placed on leave again, pending the outcome of an investigation that was triggered by a lawsuit accusing him anew of molesting a minor.  The news attracted abundant Press coverage  (TimesUnion; Daily Freeman; Associated Press; Daily Mail), from which much of this account is taken.  This time the priest (now 74 years old) is accused of criminally molesting in Hudson two former altar boys who were under his supervision:  Ivan Morales Jr. and his brother Martin.  As evidence (in the civil suit aimed at the priest, the parish, and the archdiocese) the plaintiffs cite large sums of money given by Nunan to Ivan--in the form of checks drawn from parish funds.  They also blame the priest for Ivan’s troubled passage into young adulthood.
Will the departed Catskillians be returning?
REVOLTING.  According to a Greene County Republican leader,  Barack Obama is a “political socialist ideologue” who is “unlike anything world history has ever witnessed,” and if he wins re-election in November, then American patriots “shall not have any coarse [sic] but armed revolution.”  Thus spake Ponch McPhee, in The Constitutional Conservative, newsletter of the Republican Party of Greene County, VIRGINIA.  His  party’s county chairman repudiated that declaration. (www.gcrcgop.com) (www.rightwingwatch.org)
BILKED. Maurice Latimer of Catskill is named in a TimesUnion report (B. J. Lyons; 5/21/12) as one of hundreds of victims of a Ponzi-like racket conducted, prosecutors say, by Albany stock brokers Timothy McGinn and David J. Smith.  The partners have been indicted by a grand jury on charges of fraud, conspiracy and tax evasion, and they are targets of a civil suit brought by the Securities & Exchange Commission.  Estimates of the victims’ total losses exceed $100 million.  Mr Latimer, however, put his dollar loss in the hundreds.  He is identified in the TU story as an insurance claims adjuster, but he is better known around the county courthouse as the dapper guardian of jurors.
JOBS.  The GreeneLand situation, as gauged by State Department of Labor data collectors, is still dismal.  Although the rate of unemployment did drop a bit from March (9.6%) to April, it still is worse than in April of 2011, and it still is one of the highest—meaning worst--at 9.4 per cent, in the State.  (Worst, at 12% is Bronx County; best, at 5.7%, is Tompkins County).  It is worse than the nation-wide rate (7.7%), the State rate (8.1%) and the Columbia County rate (7.2%).

AND LIGHTER GREENE
RISING STARS.  Included in the Business Review’s new “40 Under 40” roster of promising young Capital Region business people are two GreeneLanders: Elena D’Agnese, 33, of East Durham, and Alexander Betke, 35, of Coxsackie.  Ms Agnese is director of marketing and communications for the Albany-based Center For Economic Growth (www.ceg.org), which touts early-stage, high-growth companies to prospective investors.  Mr Betke is a partner in the law firm of Wilson Elser Moskowitz Edelman & Dicker, is Coxsackie’s elected town supervisor, is lawyer for Catskill (village) and for Saugerties and is an active, baseball-coaching father of 4.
INDUCTED into the Blues Hall of Fame (1989 incarnation) last Sunday (5/20/12), at a New York ceremony and jam session, was GreeneLand  drummer (and Windham disc jockey) Cliff Anshanshin, better known as Sonny Rock.  Not 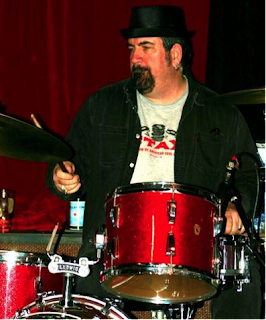 bad for a guy who almost died of severe burns at age 3 and has needed periodic surgical treatments ever since.
SCHOOL FINANCE.  Among events that did NOT happen on Tuesday, May 15, contrary to apprehensions, was voter rejection of proposed GreeneLand school district budgets.  As reported in The Daily Mail, majorities of voters in all six districts (of the voters who turned out, that is) gave approval to planned outlays totaling $135 million.  Margins of support, with one exception, were substantial: Catskill, 547-302; Cairo-Durham, 632-353; Coxsackie-Athens, 722-599; Greenville, 778-354; Windham-Ashland-Jewett, 193-30. The exception was Hunter-Tannersville: 277 Yea, 212 Nay.
SPROUTS, the free arts program for children (3-7) will happen again this summer, during July-August, at six GreeneLand locations.  It’s an art/music or theatre/dance program with five daily session led by professionals who are assisted by teen volunteers.  Ruth Leonard (6344 2289) directs it for the county Arts Council (943-3400).  Registration fills quickly.
MEMORIAL DAY was observed at GreeneLand’s  Juniper Woods Campground by way of a “Red, White & Blue” picnic.  Uniforms, among other garments, were optional.