JUST INSTALLED in downtown Catskill: Mike Tigerson. Motorcycle Meowsma, Catadozer, Chinese Good Luck Cat, Olanacat, Mad Catter, Boo Boo Kitty, and 42 other fiberglass felines.  This year’s Cat ‘n Around figures are just as imaginative, as startling, as exciting as ever.  Arriving at a time when all too many Main Street stores are empty, supply they supply a timely morale booster.   Meanwhile, downtown Cairo is acquiring a fresh bounty of bears, while Rip van Winkle figures re-appear (newly configured) in Hunter,  and the streets of Athens are bedecked with lighthouse-shaped birdhouses. 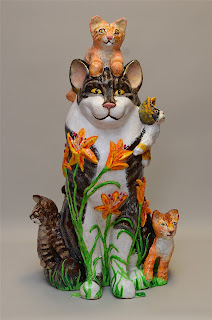 Momcat
FEATURED at the top of the Washington Post’s Lifestyle section of May 19: a long illustrated article titled “The Impulsive Traveler: Following in the footsteps of the Hudson River School in Catskill, N.Y.”

I’d come to Catskill, N.Y., a town about two hours north of Manhattan, to retrace the steps of the Hudson River School, the 19th-century movement of landscape artists who walked the mountains of this verdant slice of the Northeast in search of inspiration.

The people at the Thomas Cole National Historic Site, a.k.a. Cedar Grove, the movement founder’s historic residence, have made the reasonable assumption that visitors would enjoy exploring the same places the artists did. So they’ve put together a guide to eight sites (more to come later this year), creating the Hudson River School Art Trail. Armed with that, and not a whole lot else, I found myself on a bright May day wandering the wilderness and channeling my inner artiste.

The first two stops on the trail, Cole’s Cedar Grove and Olana, the elaborate Persian-style mansion of painter and Cole student Frederic Church, was the most leisurely part of my day. I strolled their grounds, taking in the views perfumed with the heavy scent of lilacs. But with six more stops to go, I couldn’t dally too long.


[Queries for County Tourism promoters:  Is Cole House in your mind as a tourist attraction?  Do you do enough to spread the word about Cedar Grove and the Art Trail to visitors and prospective visitors?]


FEATURED in the Real Estate section of Thursday’s New York Times, with a big picture and an interview: a two-bedroom house in Palenville, whose Manhattan-based owners  fell in love with the place, already had a place they love, bought this one, fixed it up, then gave it a lavish buildup on web site www.waterfallrental.com, as a vacation rental.   “Feast on the majestic mountain and waterfall views, the inspiration for the famed Hudson River School of Painters.” $400 per night in season, or $2600 per week, or $9800 per month.  Right.
FEATURED at the top of the Wall Street Journal’s Arts & Entertainment section on May 17, in an illustrated article hailing the opening of his first solo show in America: artist Vahap Avsar, who is a part-time GreeneLander. http://online.wsj.com/article/SB10001424052748703509104576327790564647756.html?
FEATURED on the Crain’s NY Small Business site, May 18th, a story titled “Lexy Funk’s Take on the Night Shift.”  It’s about how, after coming home, feeding the kids, reading them a story, and putting them to bed, this mogul uses the 9 pm and midnight period to work on her $20 million business. http://crainsnewyork.com.  Ms Funk is a part-time GreeneLander. And is training for a triathlon.  And is about to be featured in Inc. magazine. And is married to Mr Avsar (who does help with the kids).
OFFERED for just $1.1 million:  The whole site of the former St Patricks Academy on Woodland Avenue in Catskill.  After being closed in 2008, it was used for a year as a temporary county courthouse.  It’s billed on the Coldwell Banker Commercial web site as “land sale.”  On the 10.6-acre site stand a 20,000 square foot school building, a 2800 square foot office building, and an 8500 square foot gymnasium, all set back from the road by a plentiful lawn.  The land goes right down to 400 feet of Hudson River frontage.  Selling agents are in the Cohoes office; 785-9000.


BOYS UP!  At Catskill High School, in the latest term, 12th grade girls achieving High Honors did NOT greatly out-number boys.  Eleven of those 19 were boys.  That marks a rare break from the pattern of female superiority there and elsewhere.  By way of contrast, at Greenville High, only four boys achieved top honors among seniors in the last term, while eight girls made the grade.

DISCIPLINE CASE.  At a GreeneLand school recently, the principal suspended and sent home a misbehaving student.  The student’s father reacted with anger and indignation.  He demanded reinstatement.  The principal relented.  On the day that the student returned, her best friend was rushed to the hospital, on account of a toxic reaction to pills supplied by the student. 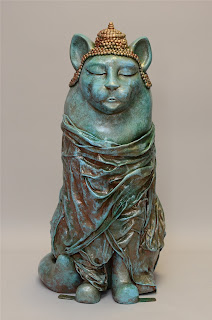