Those cats are not back. The fifty fetching fiberglass felines that bedecked downtown sidewalks in the Village of CATskill last summer have moved on. “Rip Claw Winkle” and “Rip Van Twinkle,” and “Clawed Meownet” (the Impressionist) and “Pablo Picatso” and “Feline Groovy” are no longer on public show. They now occupy domestic stations in the homes of private buyers, who won them in spirited bidding at the auction that concluded the Village’s inaugural Cat ‘n Around Festival. They have just been succeeded, however, by “Cheetah Rivera” and “Botanicat,” by “Catillac” and “Cat House Cat,” and by48 other glittering kitties.

The Cat ‘n Around festival (also touted, of course, as the Cat’s Meow) had its origins last year as a Chamber of Commerce promotion. The aim was to boost local spirit and to bring in lots of tourists. The model was experience provided by other up-state towns: Saratoga with its horse figures, the plastic pigs of Guilderland, and Bennington, Vermont’s Moosefest. That promotion, in 2005, featured almost-life-sized critters bearing such names as “Driving Moose Daisy,” “Any Which Way But Moose,” “Mooselight in Vermont,” “Moose in the Sky with Diamonds,” “Moosemobile,” “A Moose For All Seasons,” “Metamorpho-Moose,” and the elusive “Anonymoose.”

The Catskillian idea was to invite artists and craftspersons to submit designs for the ornamentation of fiberglass cat figures, 20 inches high (plus 10 inches of tail). Local sponsors then would pick their favorite designs, paying five hundred dollars toward the cost of bringing to life, so to speak, the imagined animals. Fifty designs would be picked from the entries, and at the end of the summer, after being displayed on stands all around town, the cats would be auctioned off, with a quarter of the gross proceeds going to the makers.

In terms of artistry, in terms of cleverness, in popular attraction, and in eventual dollar values, the Cat ‘n Around festival of 2007 turned out to be, well, a howling success. At auction at summer’s end, the cats went to buyers for up to $4600.

Could that success be repeated? The idea of staging a sequel right away aroused plenty of misgivings in Catskill’s Chamber of Commerce. The directors decided to take the risk.

As it turned out, the Cat ‘n Around festival of 2008 is bigger, and it could well turn out to be better—more popular, more lucrative for the artists and other good causes—than the original. This time, from a crowded field, 62 cat designs were chosen by sponsors. In artistry and inventiveness, the new cats have turned out to be every bit the equal, collectively, of their predecessors.

Greeting pedestrians who stroll by Catskill’s Community Theater is “Cinema Cat,” whose body paint touts Manx Brothers movies along with “Cat On a Hot Tin Roof “ and “What’s New, Pussycat?” as well as “Claws,” “The Great Catsby,” “The Sound of Mewsic,” “An American in Purris” and the classic “Catsablanca.” 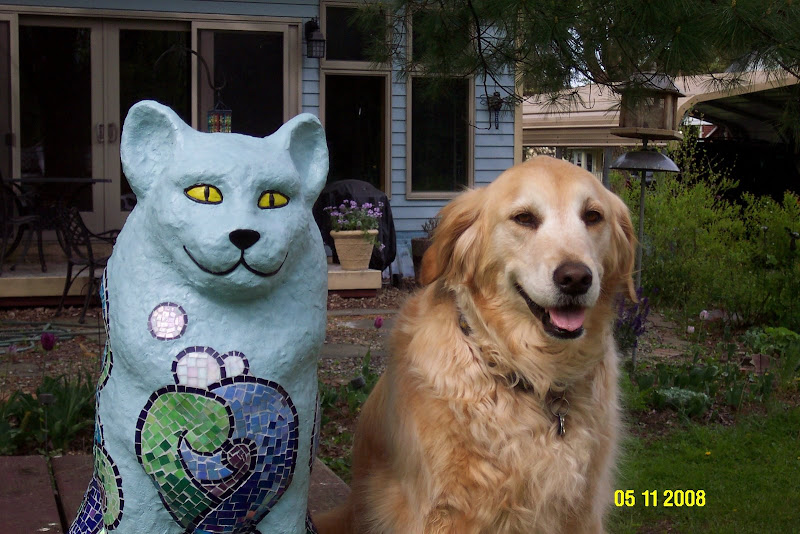 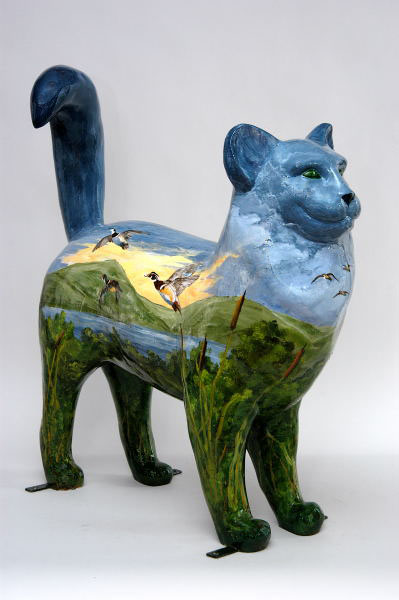 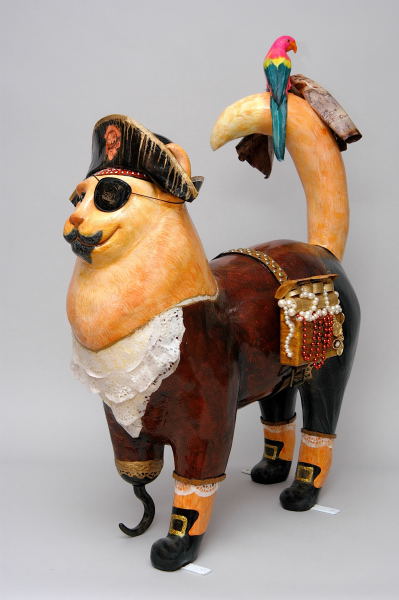 Installation was completed on Friday (5/23). According to a rookie reporter for the local newspaper, “streetwalkers are already picking favorites.” 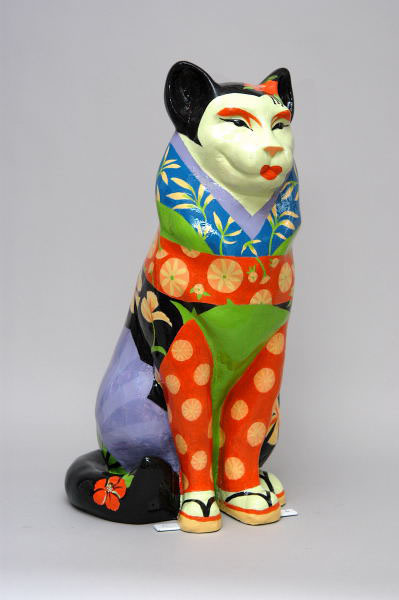 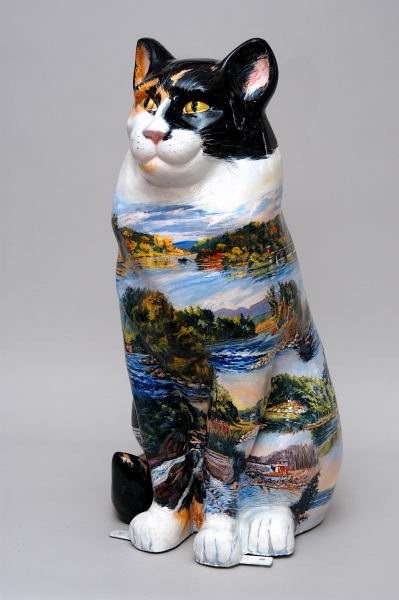